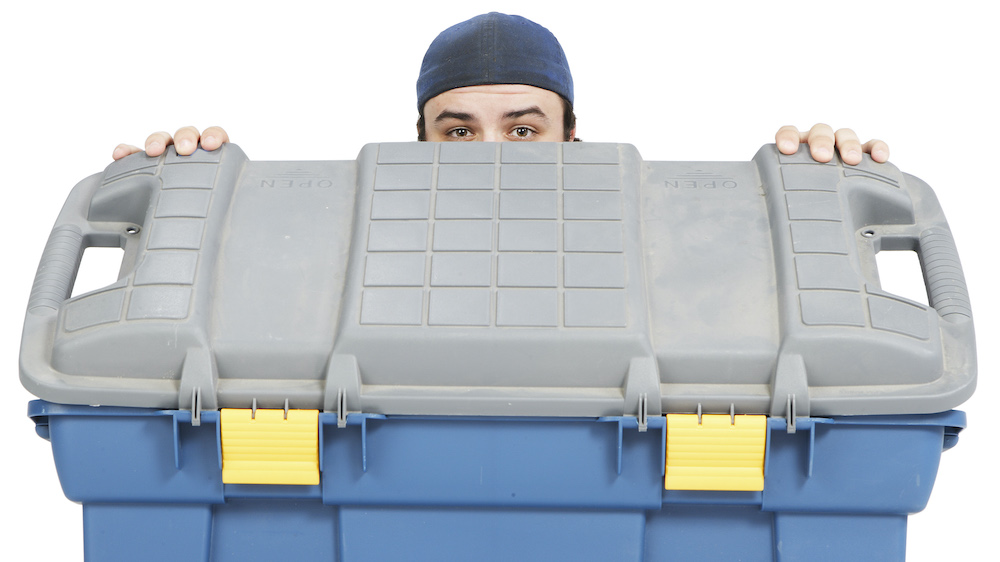 There are a few key factors that set us humans apart from the other mammals out there: self-awareness, language, and empathy among them. But according to Live Science, “The way humans make and use tools is perhaps what sets our species apart more than anything else.”

What may differentiate us even further from our warm-blooded friends: the kooky names we come up with for some of those thousands of tools humankind has invented. You may know a Phillips head screwdriver from a flathead, but do you know what a double cat’s paw wrecking bar is used for? We sure didn’t.

To help introduce you to the wild world of tools at your disposal as a homeowner, here’s a rundown of the strangest we’ve found, and what they’re used for. Consider this your cheat sheet so you can confidently tell a butt marker from a flat bastard file!

It sounds like a slim, secret dossier someone might keep on people they don’t likeâor an insult in a classic gangster movie. Yet this heavy-duty flat bastard file is used by machinists and engine builders who need to remove metal from anything from axles to lawn mower blades.

Where to begin with a tool called the butt marker? We don’t want to make it the butt of an easy joke, but it’s probably found in the rear of your local hardware store.

And what does the tool with a funny name do? It helps mark the correct hinge size and mortise depth for accurate door installation.

Adorable cats and utter destruction usually don’t go together. But somehow the double cat’s paw wrecking bar exists as a demolition tool used for prying up joists. And bonus for anyone doing a major demo out there: The claws are slotted to easily remove any type of fastener while you can remain comfortably in a standing position rather than stooping down.

Can this tool be found in the woodwind section of your toolbox? Or is it something breakout flute player Lizzo uses on her projects at home? OK, OK.

A flute chucking reamer is actually used primarily in machine shops to enlarge or finish an existing drilled hole to a more exact size to achieve a precision fit.

Last time we checked, pigtails are a swine-y shade of pink. So what gives with this bright yellow? The pop of color is because this tool puts safety first and is used by roofers hauling buckets up from the ground. Adding the twisty pigtail hook to the end of a rope keeps the heavy buckets in place.

The spokeshave may sound like it’s meant to get rid of a guy’s 5 o’clock shadow, but the reality is it’s a woodworking tool designed to carve curves into wooden furniture, such as shaping chair seats and legs. While most DIYers won’t have this in a toolbox, many woodworkers will have a spokeshave in their shop.

You say potato, I say potahto. And still other peopleâmostly plumbersâsay spud and buy this spud wrench instead. Yet it is not used on splitting taters, but for making radiator valve repairs.

For all the nail biters out there who want to take their compulsion a step further, try the nail eater extreme!

OK, actually this bit is typically used by linemen to eat through existing nails in wood as it drills. But homeowners with tough remodel projects can also count on this bit to chew through multiple layers of material (think aluminum siding on top of wood siding).